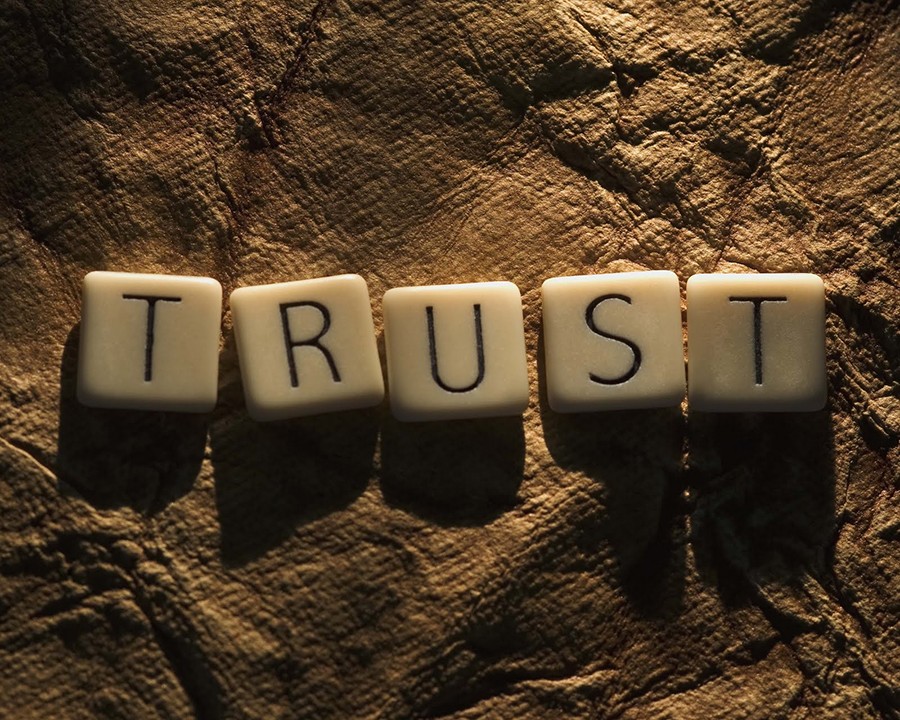 Question: Lately I’ve been having some doubts about the Bible. I know deep down that it is God’s book, but how can I be sure that I can trust everything it says. Wasn’t it written by human beings who could make mistakes?

Answer: Never be afraid of your doubts! If you’ll allow them to lead you to ask questions of God and to listen to Him for answers, you will grow in your faith by examining your doubts.

The question you’ve asked is extremely important. Our trust in God’s word is first and foremost a matter of faith – but there are a number of very solid facts that back up that faith! Here are 4 reasons behind the faith that we have in God’s word:

First: The external evidence says the Bible is an historical book.

Most of the Bible was written by eyewitnesses to the events described. As you know, when someone gives evidence in a courtroom one of the most important measures of reliability is the person speaks from personal experience and not hearsay evidence.

Even though we don’t have copies of the original writings of the Biblical writers, there are an overwhelming number of manuscript copies. Comparing these thousands of copies lets us know exactly what the original said.

“For the New Testament the evidence is overwhelming. There are 5,800 manuscripts to compare and draw information from, and some of these date from the second or third centuries. To put that in perspective, there are only 647 copies of Homer’s Iliad, and that is the most famous book of ancient Greece! No one doubts the existence of Julius Caesar’s Gallic Wars, but we only have 10 copies of it and the earliest of those was made 1,000 years after it was written. To have such an abundance of copies of the New Testament from dates within 70 years after their writing is amazing.”
Norman Geisler

Why didn’t God allow us to have the original rather than relying on a number of copies? One possibility is that we would have worshipped an old document rather than reading and following His living word.

This external evidence also includes the extreme care with which the Scriptures were copied (with tests of accuracy such as adding up the numerical values of the letters on a page, and having to recopy the entire page if it didn’t add up!) Additionally, there are the confirmation of places and dates by archaeology.

“Discovery after discovery has established the accuracy of innumerable details, and has brought increased recognition to the value of the Bible as a source of history.”
William F. Albright

Second: The internal evidence says the Bible is a unique book.

The Bible is the world’s best-selling book. Most people know that it was the first major book to be “printed” on a press (the Guttenberg Bible). The Bible, in whole or part, has been translated into over 1,300 languages!

“The Bible was written over a period of about 1,500 years in various places stretching all the way from Babylon to Rome. The human authors included over 40 persons from various stations of life: kings, peasants, poets, herdsmen, fishermen, scientists, farmers, priests, pastors, tentmakers and governors. It was written in a wilderness, a dungeon, inside palaces and prisons, on lonely islands and in military battles. Yet it speaks with agreement and reliability on hundreds of controversial subjects. Yet it tells one story from beginning to end, God’s salvation of man through Jesus Christ. NO PERSON could have possibly conceived of or written such a work!!” (Josh McDowell in Evidence that Demands a Verdict, Volume 1)

Third: The personal evidence says that the Bible is a powerful book.

People’s lives are changed by this book – in every culture and through every period of history.

All Scripture is God-breathed and is useful for teaching, rebuking, correcting and training in righteousness, so that the man of God may be thoroughly equipped for every good work. 2 Timothy 3:16-17